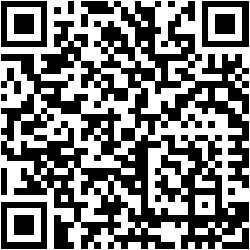 If today we are still breathing, it signifies that God still gives us the opportunity to always give our spiritual life transformed and our character purged so that we can be pleasing to His sight. In facing uncertainties in this pandemic season, look to Him for He is the only Leader and Protector who is able to see us through by His word.

Now let’s find His guidance in His word in Luke 10:38-42. “Now it happened as they went that He entered a certain village; and a certain woman named Martha welcomed Him into her house. And she had a sister called Mary, who also sat at Jesus’ feet and heard His word. But Martha was distracted with much serving and she approached Him and said, “Lord, do You not care that my sister has left me to serve alone? Therefore tell her to help me.” And Jesus answered and said to her, “Martha, Martha, you are worried and troubled about many things. But one thing is needed, and Mary has chosen that good part, which will not be taken away from her.”

Most Christians may be familiar with this story as it’s been often shared in church. There are two persons who have different attitudes in welcoming Jesus. Martha was busy serving Jesus—which is not wrong. Her sister Mary was attentively listening to Jesus. When Martha asked Jesus to tell Mary to help her, Jesus surprisingly defended Mary b saying that she had chosen the best part.

What did Mary do that made Jesus pleased and consider the best deed?

At the same position namely at Jesus’ feet, Jairus, a synagogue leader, fell pleading for the healing of his daughter who was gravely ill (Mark 5:22-23). A mother of a demon-possessed girl also knelt at Jesus’ feet begging for her daughter’s healing (Mark 7:25). When John was on Patmos island, he in a vision saw “His feet were like fine brass, as if refined in a furnace” and he fell at His feet as dead but Jesus told him not to be afraid (Revelation 1:15-17). The apostle Paul described Jesus’ feet as absolutely powerful because all things had been put under His feet, including death (1 Corinthians 15:25-27a). Apparently, Mary had chosen the best part: sitting at Jesus’ feet—to be close to Him.

Introspection: Who or what is close to us? Is it our mobile phone? Obviously this gadget is so attached to us that we have a famous saying: a mobile phone brings the distant people close and the close people distant, meaning that although all members of a family live under the same roof, they seem to live distantly from one another because they communicate via mobile phone, and each of them is even engrossed in it while sitting at the dining table together. Are we closer to Him or to our mobile phone? It most probably happens that we will return home on the way to church when we suddenly remember that we leave our mobile phone behind. On the other hand, when we realize that we don’t bring our Bible, we continue going thinking that we can borrow one at church.

Mary got close to and focused on Jesus as the foremost priority. She didn’t busy herself doing physical things but rather paying close attention to Jesus. Unlike Mary, Martha didn’t make priority wisely that caused her to grudge while serving Jesus alone.

Mary sat close to Jesus, giving her full attention to Him and constantly listening to Him.

Honestly speaking, we attentively listen to the word of God only when we are in a problem like the Covid-19 pandemic. To know God’s will, a constant perseverance in listening to His word is needed.

What benefit can we take from constantly listening to His word? Psalm 119:105 say, “Your word is a lamp to my feet and a light to my path.” The Bible further says, “All Scripture is given by inspiration of God, and is profitable for doctrine, for reproof, for correction, for instruction in righteousness” (2 Timothy 3:16).

Thus, if we don’t have the word of God, there will be no light on our path; consequently, we will easily stumble and fall down—self-righteously blaming others. As we have to do online service like this, we can’t communicate with others as warmly as before. Hence, when a misunderstanding with someone occurs, we can’t immediately come and make amends to them.

Illustration: Pandemic has caused many people lose their jobs. But what will happen if a wife, watching her unemployed husband enjoying his food, says to him, “O you’re brainless and penniless, speaking only nonsense!” The husband must get furious, lose his appetite, and quarrel happens.

Being in the same aftermath of the pandemic, God’s children would react differently. Both husband and wife would be reminded of the word of God in Proverbs 1:7 that teaches, “The fear of the Lord is the beginning of knowledge”; “And the perverse mouth I hate” (Proverbs 8:13); “And having food and clothing, with these we shall be content” (1 Timothy 6:8-9). Does it mean the Christians can’t be rich? It’s absolutely not the case for the Bible teaches us the right concept concerning this. Wasn’t Joseph wealthy? However, he didn’t accumulate wealth for his own profit; instead, he was concerned with the well being of the Egyptians by anticipating the impending draught. Don’t let the desire of getting rich motivate us to follow the Lord! Wealth doesn’t guarantee contentment as evidenced by a number of wealthy people or actors and actresses committing suicide. Certainly, abundant treasures can’t shoo away death. Everyone needs money for sure, but when we don’t have enough, it shouldn’t trigger us to be suicidal.

Not only did Mary sit at Jesus’ feet and listen to Him, she also anointed His feet with very costly spikenard oil worth three hundred denarii and wiped them with her hair (John 12:1-8).

For information, this Mary—Lazarus’ sister, is different from the woman who anointed Jesus’ head at the house of Simon the leper (Matthew 26:6-13; Mark 14:3-9).

Mary found favor in Jesus’ eyes because what she did was actually to prepare for His burial (John 12:7-8). It speaks of His sacrificial death on the cross.

Three hundred dinarii was worth three hundred days’ or ten months’ wages. That’s why people were staggered at what Mary did. No one knew that Jesus would soon die. Judas Iscariot reproachfully said that what she did was such wastefulness. Because Mary knew Jesus very well and had been attentively listening to Jesus, she understood that serving the Lord means not being idle but giving an offering or a sacrifice instead.

1 Corinthians 1:18 says, “For the message of the cross is foolishness to those who are perishing, but to us who are being saved it is the power of God.” The world doesn’t understand the message of the cross; therefore, they refuse the suffering. We can give honor to Jesus’ sacrifice by partaking in the Holy Communion—eating bread and drinking wine—to proclaim His death until He comes again (1 Corinthians 11:26).

Both Mary and the woman who anointed Jesus’ head had done a good work for Him and they would be remembered and echoed wherever the Gospel—the message of the cross—is preached in the whole world (Matthew 26:10-13). In other words, God the Father wants the Gospel of the cross to be spread continually.

Now we already know what priority we should make: building a close relationship with Jesus in prayer (the Altar of Incense); focusing on the word of God that serves as a light to our path to keep ourselves from stumbling (the Gold Lampstand); always remembering Jesus’ sacrificial death on the cross by having the Holy Communion until He comes again (the Table of Showbread). Nothing is as beautiful as prioritizing the work in the Holy Place where there are three objects of the Tabernacle that can sanctify us until He comes again to take us to live together with Him in His Kingdom for eternity. Amen.