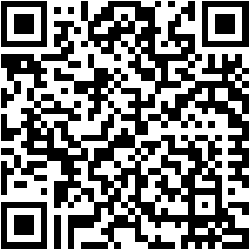 These days parents have been busy with their children in their online school during pandemic. A lot of parents join webinars on how to teach their children during these abnormal days. It is all motivated by the desires of the parents to see their children growing well physically, scientifically, mentally and spiritually. On the other hand, because of economic reason or promiscuous lifestyle, many children and babies are abandoned even aborted because their parents are unwilling to take the responsibilities of having children.

Luke 2:41-52 is a story about a simple family in Nazareth, the family of Joseph and Mary who raised Jesus, their Son. And their Son grew up being loved by God and man. How was Jesus' condition under the supervision of Joseph and Mary, His parents?

1. Jesus grew up physically in a God-fearing family.

The Bible gives us evidences that Joseph and Mary lived in the fear of God. Those are:

Through God’s grace, this simple family was entrusted to conceive, give birth, raise the Son of God – the Word who became flesh. What would have happened if Mary and Joseph had disobeyed God and rather lived in a life of trouble and without peace? That would have surely given bad impacts in Jesus’ growth.

Introspection: What about us? We are families that God has already entrusted with physical and spiritual children. Have we already brought them to know God and honor Him? Or do we tend to worry about their physical needs rather than the spiritual ones? Joseph and Mary have become an example when they educated Jesus to grow well in wisdom and physical aspects.

Joseph and Mary gave all their best to raise Jesus – the living Word. Now, how do we respond to the Word? Do we ‘nurture’ the Word that it may grow within us? Or do we let the evil take away the Word from our hearts? Do we listen to the Word but we harden our hearts and disobey it? Or do the cares of this world make us unfruitful? (Matthew 13:19-22).

If Joseph and Mary responded happily to the trust and salvation given to them; on the contrary, the Israelites rejected the Word that was given to them (Romans 3:1-2). Paul urged us not to do the same thing (cf. Titus 2:12). Salvation in Christ is not only for ourselves but for all people in the world.

Mary and Joseph had become a vessel to protect Jesus until He grew up in good condition. Paul also became an instrument used by God to preach the Gospel to us, the Gentiles. When we receive the Word, does it change our mind and heart to be a new creation, ready to be a witness for the people around us? The Word of God lives forever, but we could die spiritually if we forsake the Word like what the Israelites had done.

2. Jesus grew up spiritually and became an example for sinners. He was truly a man who could feel sad, hungry, thirsty, angry, but He was sinless (Hebrew 4:15). Ironically, there will be antichrist and deceivers that won’t admit that Jesus already came as a Man (1 John 4:2; 2 John 1:7).

Jesus, when He was twelve, sat in the temple in the midst of intelectuals and had a discussion with them (Luke 2:49). When Mary found Him, she showed her worry that she was looking for Him. Jesus answered that He had to be in His Father’s house. Jesus clearly knew His purpose of life and He also knew His true Father who was in heaven. We do have our biological parents in this world who have limitation in their time to protect and teach us. But we must know that we have eternal heavenly Father whom we will be with one day.

Introspection: How is the spiritual condition of our teenagers? Do they love doing spiritual things or they prefer doing other things such as playing online games, hanging out and lacking time in worshipping God? We should keep them in a healthy spiritual environment to prevent them from being dragged into wrong social environment.

Jesus' spiritual growth showed a good progress. It can be seen from how He knew the house of His Father and loved to be there. He had a great wisdom but lived in obedience to His parents and lived under their care (Luke 2:51). As a matter of fact, many children with higher education than their parents object to accept their parents’ guidance and advice. Jesus lived with His parents until He was thirty years old when He started His ministry afterward.

Jesus physically grew up and increased in wisdom. There was a balance between His wisdom and His physical being. We are considered having wisdom if we think, feel, say and do things according to God’s will. As the children of God, we want to be molded according to His will. We also grow in wisdom through persevering reading of the scripture. Besides, we are well-equipped until we attain the unity of faith and the true knowledge of Christ. We become mature person attaining to the measure of Christ’s full stature (Ephesians 4:12-13). Hence, our faith will grow up strongly not easily tossed back and forth by every wind of teaching.

Jesus was loved more by God and man. Sometimes people who are loved by man are unpleasing to God. On the other hand, if there is balance in our life and we are pleasing God, we would also be loved by people in our surrounding.

Let us grow spiritually by not neglecting the Word of God entrusted to us. Growing in wisdom to be more Christlike will make us loved by God and also man. Through that, the Name of Jesus is glorified. Amen.