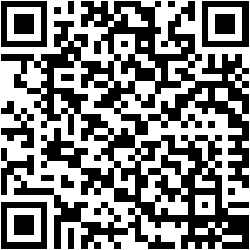 We are so energetic when we sing “With Jesus, we can do great things. With Jesus, nothing is impossible. With Jesus, there is always a way out for all of our problems.” However, are we truly free from all struggles simply because Jesus is with us? Do we truly know Him that enables us to do bigger deeds?

We are currently learning the Gospel of Luke and how the writer, Doctor Luke, pointed out who Jesus was in his writing. His writing was addressed to the most excellent, Theophilus, so that he could know the certainty of those things in which he was instructed (Luke 1: 1-4). Is it possible for Theophilus, who was not a Jew, to read the writing of Doctor Luke? What about us who are currently reading the writing of Doctor Luke? Do we believe every chapter that is written there?

How did Doctor Luke introduce Jesus in his writing in the Gospel of Luke?

“Now Jesus Himself began His ministry at about thirty years of age, being (as was supposed) the son of Joseph, the son of Heli” (Luke 3:23).

We have learned and believed in the writing of Doctor Luke from the first chapter. He wrote about John the Baptist who preached about repentance and guided everyone who had been baptized to focus on One who was mightier that John the Baptist himself because He would baptize everyone with the Holy Spirit and fire (Luke 3:16). Hopefully while listening to the word of God, our faith may keep growing.

From the genealogy recorded in the Gospel of Luke, Jesus was mentioned as the son of Joseph, the son of Heli, the son of Adam, the son of God (Luke 3: 23-38) as a history that had been on for ± 4,000 years. The Gospel of Matthew also recorded that genealogy of Jesus, a king’s descendant, started from Abraham, Isaac, Jacob, Joseph, the husband of Mary, of whom was born Jesus who is called Christ (Matthew 1: 2-16).

For us, this genealogy has been going around for more than 6,000 years. We can no longer see Jesus as a man physically. So, is He still worthy to be worshipped knowing that he is a man?

At first it was written that people assumed Jesus as the son of Joseph (Luke 3: 23). But as time went by, after listening to His teaching, many people marveled at His gracious words even though they only knew Him as the son of Joseph (Luke 4: 20-22). Then Jesus emphasized that no prophet was accepted in his own country (v. 24). To be honest, often times we are downgrading the essence of the word of God we hear just because we know who the preacher is.

What is another proof that shows Jesus is a man? (A Man) Jesus was baptized by John (Luke 3:21-22) not as a sign of repentance but to fulfill all righteousness (Matthew 3: 11, 15). What makes it special is that Jesus’ humanity pleased the Heavenly Father with the voice coming from heaven and He was filled with the Holy Spirit.

Jesus was truly a man because He was conceived and delivered by Mary, His mother, just like what the angel Gabriel told her that the baby she conceived had to be named Jesus (Hebrew: Jehovah = God the Saviour). Nevertheless, the pregnancy and the birth of Jesus was all about divinity not the relationship between man and wife. In other words, Jesus was indeed born as a man but He was filled with divinity.

Be watchful, do not let our faith fade away only because we see Jesus as (the son of) man because He is also a Son of God.

When the time came for Mary to give birth in Betlehem, the angel of God stood before some shepherds with the glory of the Lord shining around them and told the shepherds, “For there is born to you this day in the city of David a Savior, who is Christ the Lord” (Luke 2: 11).

Application: We must have faith that there is salvation in Jesus’ name.

As a man, Jesus obeyed all the laws; circumcised when he was 8 days old, dedicated to God when He was 40 days old, mastering the Law by the age of 12 and started His ministry by the time He was 30 while He was still considered as the son of Joseph. His ministry wasn’t very long as it went on for 3 ½ years and then He returned to where He came from and that is the son of Adam, Son of God. Jesus is the last image of Adam (Romans 5: 14-15).

When Jesus was baptized and prayed, a voice of His Father came from heaven, “You are My beloved Son; in You I am well pleased.” (Luke 3: 22).

Application: We receive the Trinity of God when we are baptized.

Who is the Son of God and where is He now? He is in eternity. While Luke mentioned (man) Jesus the son of Adam, it is written in Genesis 1 that God created man (Adam) according to the image and likeness of Trinity of God (Genesis 1: 26). Indeed (man) Jesus was conceived by His mother but the truth was He was the firstborn of eternity and God the Father had planned the salvation of man when He appointed His Son to the world (Hebrews 1: 1-6). As a man, Jesus had a time limit to do things but as the divine Son of God, He had been prepared by God in eternity so that man can enter His wonderful plan.

Our faith in Jesus as man and Son of God should grow; however, it is not because we are following the crowd. As man, Jesus knows that our situation is linked to weaknesses, needs and even our body resistance. It is said that these last days, God spoke to us through His Son, Jesus (Hebrews 1: 2) and therefore we must give the more earnest heed to the things we have heard, lest we drift away (Hebrews 2: 1-2). We must not neglect the great salvation spoken to us to strengthen our faith by those who have gotten special gifts (apostles, prophets, preachers, pastors, and teachers; v. 3). We need to really pay attention to the news (the word of God) being spread from a lot of sources (seminars, sermons, on YouTube, etc.) so that we don’t easily get dragged by the false teachings. Instead, we are able to stand strong in our faith not because of what people (pastor, husband, friends, etc.) say but rather because of our own experience with the word of God itself. The Holy Spirit filled us not only to bring miracles of healing and blessings but also to bring us into trials to test our faith.

Jesus has reminded us that the Kingdom of God is near and we should believe in the Gospel of Christ so that we may gain salvation. In other words, there is no salvation in any other (Acts 4: 12) because He is the only way, the truth and the life; no one comes to the Father except through Him (John 14: 6). Amen.