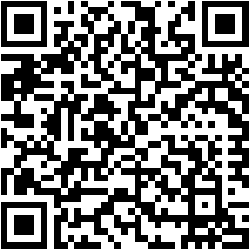 May we always thirst for the Word of God which has the power to change our hearts and to uphold us when we fall. Since Adam and Eve disobeyed God's commandments and fell into sin, we, as sons and daughters of Adam inherit a sinful nature. But Jesus – the Word – came to earth as a man, yet without sin, to redeem sinful people who were going to eternal perdition. By doing so, He pulled men back to their initial position before the fall. Thus, our service should not be a liturgical and religious duty. Consider 1 Timothy 4:8 that says godliness is profitable for the life now and that which is to come. And the Word of God has the power to create something from nothing. All our shortcomings and weaknesses can be transformed into holiness and perfection.

Another thing we need to remember: Satan never stops but he is always seeking a prey to devour. And the Person Jesus once became his target as well. God’s Word proved to be able to defeat Satan’s temptations but Satan did not give up. He waited for a better time to tempt Jesus again (Luke 4:13). Didn’t Satan almost defeat the know-it-all Peter through his denial of Jesus? How about us? Let’s admit it: no one is temptation-proof. But the Word of God in 1 Corinthians 10:12-13 give us an assurance that the temptation we face is common to man and God will not allow us to be tempted beyond our ability. The temptations may come to anyone in a sudden from nowhere and anytime. Yet, with the temptations we face, He will also make a way of escape that we may be able to bear it.

What kind of temptations did Satan launch and how did (the Person) Jesus react?

At that time, Jesus was starving after fasting for forty days. And Satan seized the moment to tempt Jesus regarding food.

Jesus was fully a man. Any proof? He was conceived and born of the virgin Mary, circumcised on the eighth day, dedicated to God on the fortieth day, raised by His biological parents (Joseph and Mary). At the age of twelve, He was brought to Jerusalem for the Passover celebration. And He began His ministry at the age of thirty. As a man, Jesus also needed food, clothing and shelter.

Let’s not forget, however, that the angel Gabriel told Mary that Jesus whom she conceived would become great and be called the Son of God Most High (Luke 1:32). And it was restated when Jesus was baptized, a voice (of God) from heaven heard saying, "You are My beloved Son, in You I am well pleased." (Luke 3:22).

Being fully human, Jesus had to experience temptations. But He was the Son of God at the same time. Jesus' responses to Satan’s temptations were the Word of God because He is the Son of God who possesses the character of God, His Father.

What about us who, by believing in Jesus’ name, are called God's children (John 1:12)? To be tempted by Satan who is prowling around, we don't need to be in a certain place. No matter where we are, we can become easy targets for Satan. Satan is not omnipresent. But he has minions who are looking for as much prey as possible. However, by trusting in Jesus who is able to overcome temptations, we will be victorious.

We must admit that we need food and drink to survive. So did (man) Jesus. That is why Satan began his temptation by challenging Jesus to turn a stone into bread. But Jesus immediately responded by saying the Word of God: that man shall not live by bread alone but by every word that proceeds from the mouth of God (Matthew 4:4). Jesus, being both man and the Son of God, who was full of the Holy Spirit, won over Satan’s temptation concerning food.

As God’s creation as well as His children filled with the Holy Spirit we should be able to overcome temptations regarding food for our physical bodies. The problem is, we fail because we only hear the Word of God but we do not keep it. Let alone apply it. It was evident from the fall that they sinned not because they had no food. God had provided plenty of food in the Garden of Eden. They sinned because they disobeyed God’s commandment. Jesus, on the contrary, was full of God's Word for He was the Word that incarnate. Jesus (at age twelve) already knew His Father's Word very well that the scholars were astonished at His understanding and answers (Luke 2:46-47). Obviously Jesus read the Word and kept the Law perfectly. Are we more occupied by the pursuit of physical food and drink? Jesus Himself became our example on how man shall not live on physical food alone even though He was very starving at that time. In Matthew 6:33 He reminds us to seek first the Kingdom of God and His righteousness, then all these things (our daily needs) will be added to us. In other words, we do need physical food for survival, but God's Word should be the main course.

Jesus was taken to a high mountain where all the kingdoms of the world shown to Him. There, Satan offered Him the prestige of a royal position (to the same level as a king). I’m sure everyone would want to have a bright career and attain an important position in the society, and to be recognized, respected and honored.

How did Jesus react to Satan’s offer concerning the ownership of the kingdoms of the world? He replied sternly that we must worship the Lord our God and Him only we shall serve. Jesus, as the Son of God who has authority and power, knew that Satan's offer regarding power and glory was only temporary. After He rose from the dead, Jesus told His disciples that all authority had been given to Him in heaven and on earth. And He told them to go and make disciples of all the nations (Matthew 28:18-20). He has eternal power because He is the King of kings (Revelation 17:14; 19:16).

In addition, we must be careful not to love the world or the things in the world—the lust of the flesh, the lust of the eyes, and the pride of life—for they are not of the Father but of the world (1 John 2:15-17). But in reality, the churches nowadays busy themselves with breakaway church battles and property disputes. Many people want to grasp for power and to justify our dealings in the world without considering thoroughly the outcomes, whether they can harm and hurt others or not. Or, far worse ahead, they can cause tensions between countries.

Let’s be honest! Each of us wants to be appreciated but let’s not go too far. And to stop us from going there, our hearts need to be filled and indwelt with the Word of God (cf. Romans 10:8; Colossians 3:16). So help us Lord to long for eternity and to reign with You a thousand years (Revelation 20:6). Thus, let’s not fail in facing this sort of temptation related to the souls—stop grumbling and demanding. Rather, accept things as they are. Because in Heaven there are no grumbles and murmurs, there is only absolute worship to God, the Creator.

Jesus was brought to the pinnacle of the temple and ordered to throw Himself down. Satan wanted to tempt God. Again, He gave the right answer using God's perfect Word. The Bible, consisting of sixty-six books, verbally inspired by God is the complete and perfect Word of God providing solutions for us. Jesus must have known Psalm 91:11-12 that Satan quoted to set Him up. But He did not just pick some random verse to counter Satan. Why? Because the Holy Spirit who was in Him led Him into all the truth. And it was shown every time He quoted specific Word of God in solving the issues of daily needs, of position, power and authority and of spiritual struggles also.

Only us alone know the things inside our hearts. Can God be tempted? No way! (James 1:13). Unfortunately, often, we read our Bibles and we rely on miracles to confirm the truth of God's Word. Randomly quoting a verse that we like and holding on it so dearly, we miss out the big picture. The whole narrative. This is Satan’s tactic. He wants us to pursue miracles to validate the Word we believe in. We, however, must not use the Word of God in vain. Rather, we must be full of God's Word and of the Holy Spirit. The Word of God without the Holy Spirit is like a dead letter; The Holy Spirit without the Word becomes a chaotic force. Being filled with the Holy Spirit, we get to understand God's Word.

Amid this global pandemic, may we not get so focused on meeting our needs that we forget Jesus as the Bread of Life. So, at this moment, let’s not give Satan a chance to ruin our faith and destroy our families for the Kingdom of God is not about eating and drinking, but righteousness and peace and joy in the Holy Spirit (Romans 14:17). Also, when faced with temptation, we ought to check our hearts’ desire (James 1:14). As children of God, we must be triumphant over the temptations launched by Satan because Jesus Himself has set the perfect example for us on how to overcome temptations. Amen.