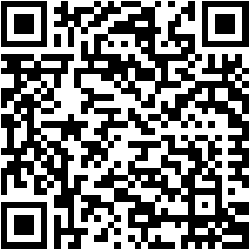 May we grow in our faith in Jesus who is truly alive—risen from the dead—and will even come again to take us to live with Him. We should be thankful that from our Bible we can learn about the situation and condition of the first churches, and how to stay connected with them.

Following the tradition, now churches all over the world are celebrating Passover either online or on site in church, sharing the news of Jesus who rose from the dead. Now I’d like to share with you a seeming surprising statement from an apostle: “And if Christ is not risen, then our preaching is empty and your faith is also empty” (1 Corinthians 15:14).

Why did the Apostle Paul say that? When did he write it? The epistles of Paul that were written according to God’s inspiration had been canonized thousands of years ago. Having believed Jesus had risen from the dead, Paul had such a high spirit for preaching about Jesus’ death and resurrection that many of the Corinthians (the non-Jews) believed in Jesus and were baptized. Then they formed a church. Jesus was crucified in ± 29-30 AD meanwhile Paul’s epistle to the church in Corinth was written in ± 55- 56 AD—26 years after Jesus’ death and resurrection. So, it’s ironic that 26 years after Jesus’ rising from the dead an issue saying that Jesus wasn’t really risen came. Is His resurrection just as relevant today as when it happened?

The Apostle Paul surely had a reason for writing that statement to the Corinthians. At that time the church in Corinth was facing many internal problems. Favoritism to certain preachers eventually led to a schism within the church. Their faith was tested and some started to doubt. Out of fear and frustration over the persecution they (Jews and Greeks) got for being Christians, some confessed that Jesus’ resurrection was just a folk tale.

Introspection: We are free to choose to believe or reject those who preach about the resurrection of Christ. Will we still have strong faith when the hoax saying Jesus’ resurrection never took place goes viral? Is it right that following Him is in vain? If only Jesus had never been resurrected, then all the years spent for preaching the Gospel would have been in vain. It would make them the preacher of worldly moral philosophy instead of the Word of God.

In the early churches era, a lot of congregation experienced persecutions. The Apostle James was killed by the order of Herod the king. Peter was imprisoned guarded closely by soldiers; however, the angel freed him with no fight (Acts 12:1-10). The Apostle Paul and Silas were also imprisoned but the Lord freed them miraculously (Acts 16:25-26). After being freed, they kept preaching the living Word because they talked about Jesus who was risen. Despite all of the preaching, the Sadducees never believed in Jesus’ resurrection (Matthew 22:23).

The verses above have been canonized in the Bible. Are we courageous enough to testify that Jesus is truly risen? For that, facing life challenges and even death—like the early churches, we must have evidence that Jesus has resurrected.

In Jesus’ time, it wasn’t easy to prove that Jesus was risen. His resurrection was boycotted, perverted and twisted as written in the four Gospels:

Those who don’t believe in Jesus’ resurrection think that the stories written in the four Gospels above are solely an unaccountable history.

In his book of Acts, Doctor Luke declared that all apostles including Paul became witnesses of Jesus’ resurrection. Sadly, until now there are people who claim themselves as Christians but doubt Jesus’ resurrection. Nevertheless, let’s not think that the Bible is old-fashioned and worn out, but consider it as the living Word because each verse contains His power and promises.

We should give thanks to the Lord that we have the canonized Old Testament. When Jesus walked in this earth, He liked quoting verses from the Old Testament—the Pentateuch and all the books of the prophets (Luke 24:7). This proves that the Bible written thousands of years ago is the same authentic Bible we read now.

Jesus came to the world with these following missions:

Paul acknowledged himself as the chief sinner. Not content with being forgiven of his sins, he kept moving to be an example to those who believed in his preaching.

The message of the cross is about forgiveness. As the forgiven people, we need to show our gratitude that makes people around us see good examples from us. We should testify about the Word of God exactly as it’s written in the Bible, not using illustrations to show off worldly blessing rather than spiritual ones. Remember: according to the Scriptures, we are saved by the Gospel for Christ died for our sins but rose again (1 Corinthians 15:2-4, 11).

What must we do to prove that we are alive and keep moving? Christ died for all, that we who live should live no longer for ourselves, but for Him who died for us and rose again for us (2 Corinthians 5:14-15).

The Apostle Paul reminded us further to “be steadfast, immovable, always abounding in the work of the Lord, knowing that our labor is not in vain in the Lord” (1 Corinthians 15:58). The Lord knows whether we’re still zealous and faithful in doing His works. For “flesh and blood cannot inherit the kingdom of God” (v. 50), our lives need to change and always abound in the work of the Lord. At least, we must be faithful in our worship and in sharing the Gospel because so many people have never listened to the Gospel of salvation yet. Let’s not procrastinate to start working till we are old and weak! Instead, always be diligent and faithful in the works of God until “in the twinkling of an eye, the last trumpet will sound, and the dead will be raised incorruptible, and we shall be changed” (v. 52).

Therefore, be confident that Jesus has risen and share it. Also, do His great commission so that many people will be saved and joy abounds in heaven. Amen.