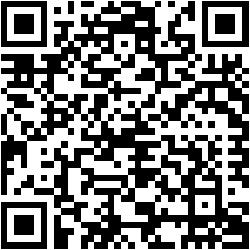 The main topic of the Word of God this morning is taken from the Gospel of Luke 5:12-39 which is divided into four stories: (1) Jesus healed the man with leprosy, (2) Jesus healed a paralytic, (3) the calling of Levi, and (4) fasting.

We may be familiar with those stories and we often share them with the Sunday school children. Now we are going to dig their meaning deeper. May God help us understand His word so that we have a renewed mindset to enable us walk together with Him.

“While Jesus was in one of the towns, a man came along who was covered with leprosy. When he saw Jesus, he fell with his face to the ground and begged him, “Lord, if you are willing, you can make me clean.” Jesus reached out his hand and touched the man, “I am willing,” he said. “Be clean!” And immediately the leprosy left him. Then Jesus ordered him, “Don’t tell anyone but go, show yourself to the priest and offer the sacrifices that Moses commanded for your cleansing as a testimony to them.” ... so that crowds of people came to hear him and to be healed of their sicknesses. But Jesus often withdrew to lonely places and prayed.”

Why did Jesus tell the man who was healed of leprosy to show himself to the priest? According to the law of Moses, a man who was healed of leprosy had to be examined by a priest and follow some ceremonies such as giving the grain offering, wave offering, trespass offering, sin offering, and burnt offering. The appointed priest held those ceremonies to reconcile that man with the LORD (Leviticus 14:18b-20). So, Jesus didn’t merely heal the disease but more importantly, He wanted the man to be reconciled with Him—healing must be followed with reconciliation.

After Jesus, out of His compassion, healed the ten lepers of their disease, only one returned to Him and threw himself at His feet, glorifying God. Then Jesus asked him about the other nine who didn’t return to give praise to God (Luke 17:12-19). From this story we can learn that a person who has been healed is not automatically reconciled with God. Hence, when many people came to Jesus seeking for healing, He often withdrew to lonely places and prayed.

Evidently, the miracle of [physical] healing isn’t a sign of repentance. A miracle is used as one of the ways to repent. Illustration: COVID-19 pandemic brings anxiety both to believers and unbelievers. How many of the Christians have been cured of COVID-19? The population of our country is mostly the unbelievers—the unrepentant, yet the number of people cured of COVID-19 is more than those who died.

The purpose of God’s incarnation in Jesus and came to this world is not merely for the healing! Proof? Jesus criticized the unrepentant cities whereas He did miracles there (Matthew 11:20). So, we are to make use of the miracle of healing for repentance.

While Jesus was teaching, the power of the Lord was with Him to heal the sick. Then some men came carrying a paralytic on a mat and tried to take him to Jesus. Because of the crowd, they couldn’t reach Him so they went up to the roof and lowered him through the tiles. Jesus saw their faith and said, “Friend, your sins are forgiven.”

Hearing what Jesus said, the Pharisees and the scribes thought to themselves that Jesus had blasphemed God because only God could forgive sins. Jesus knew what they were thinking and asked, “Which is easier: to say, ‘Your sins are forgiven,’ or to say, “Get up and walk?” Then He said to the paralyzed man, “I tell you, get up, take your mat and go home!”

What did Jesus do when He saw the paralytic on his mat? Firstly, Jesus chose to forgive him of his sins, and then healed him. The paralyzed man indeed needed a healing but Jesus saw the most important thing: his sins. Don’t we often pray but the answer is not what we have been asking for? It might happen that while we are pleading for physical healing, the Lord’s eyes are focusing on our sins that need to be reconciled first.

God has great concern over man’s sins; therefore, He sent His only begotten Son to this world to die on the cross. For Jesus, the momentary separation from His Father was an unimaginable tragedy for He was made to be sin for us, the sinners (2 Corinthians 5:21; Hebrews 2:9).

God sometimes appoints someone to perform a miracle of healing. For example: Through his messenger, the prophet Elisha asked Naaman, who had leprosy, to wash himself seven times in the Jordan river to be healed (2 Kings 5:10). However, concerning sin, God takes matters into His own hands. He determines that the atonement of sin can be done only by the holy blood of Jesus.

Speaking about the paralytic who needed healing, Jesus saw there was sin that had to be cleared up first through forgiveness. Does sin cause disease? Not always! Illustration: If a young man has intentionally indulged himself in a promiscuous lifestyle then he is infected with HIV, it’s the consequence he has to take. How about those who have earnestly loved God and have worked out their salvation with fear and trembling, but then got infected with COVID-19 virus and even died? Does it mean they were condemned for their sins?

We must be clear about the concept of sin and disease. When the disciples saw a blind man from birth, they asked Jesus whether the blindness was the effect of his sin or his parents’. “Neither this man nor his parents sinned,” said Jesus, “but this happened so that the works of God might be displayed in him”” (John 9:1-3).

There is a quote about the wealthy, “When you are poor and unsuccessful, all your wise words sound like fart, but when you become rich and successful, your fart sounds wise and inspiring.” It happens in ministry field too, doesn’t it? When a rich man or a prominent donor speaks, nobody dare to be against him and his every movement would attract attentions. However, such quote doesn’t apply to the word of God.

How did Jesus call Levi, the tax collector? Only with a short phrase, “follow Me!”

Why did a tax collector have a negative connotation of a sinner? Wasn’t he assigned by the government? So, what’s wrong with it? Let’s see another famous tax collector, namely Zacchaeus. After welcoming Jesus into his house, Zacchaeus admitted his wrongdoings and promised to give half of his wealth to the poor, and pay back four times the amount he took from those he had cheated (Luke 19:9-8).

The negative connotations attached to a tax collector were:

But there was a repented tax collector. When he came to the temple, he stood at a distance and did not dare to look up to heaven but beat himself and confessed as a sinner (Luke 18:13). Having such feeling of remorse and penitence, he received justification from God.

Levi, the tax collector, wasn’t paralyzed nor suffered from leprosy. His mistake was his dependence on his contenment and wealth. Fortunately, when realizing it, he soon repented and became Jesus’ disciple.

Application: We must put in mind that our salvation is not determined by our wealth, but by our following Jesus and taking up His cross (Luke 9:23). Jesus didn’t say, “Follow me, then you will be rich and thrive.” If we are blessed while walking with Him, it’s only one of the impacts. We have to bear the cross—the suffering, as the consequence of self-denial done by the Apostle Paul who was imprisoned and chased to be murdered. Despite his miserable condition, he remained on fire to spread the Gospel of the Christ’s cross.

The story ended with the Pharisees’ complaint about Jesus’ disciples who ate and drank while John’s and the Pharisees’ disciples often fasted (Luke 5:35). Jesus didn’t oppose to the teaching of fasting; in fact, He Himself taught how to fast (Matthew 6:16). The Pharisees’ problem was they liked showing off their good deeds—fasting twice a week, kind, not a robber, not an adulterer, not a tax collector, etc. The fact is salvation doesn’t come from anything we do (Ephesians 2:8) although repentance is characterized by good deeds. We are saved only through of our faith in Christ!

Jesus harshly rebuked them by telling a parable, “No one tears a piece out of a new garment to patch an old one. Otherwise, they will have torn the new garment ... And no one pours new wine into old wineskins…” (vv. 36-29). It’s a parable that shows a futile action.

Application: We can’t look back and assume that the old teaching is better or more spiritual than the new revelation of the word of God we receive now. Such assumption might even drive us to disagree with the church’s new policy. Holding on to the concept of the old teaching will hinder us from enjoying “the wine” of new teaching. Don’t act like the Pharisees who put good deeds as a priority rather than faith in Christ!

May the word of God renew our mindset to understand that a miracle is not a sign of repentance! Jesus used a miracle as an instrument to make man repent for He put man’s salvation above all including miracles. Success, wealth, and good deeds don’t bring about salvation because we are saved only by His grace. Therefore, there’s nothing we can be proud of other than the sacrifice of Christ that saves us. Amen.