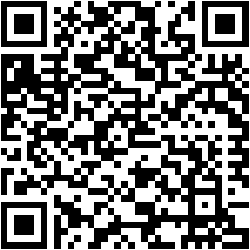 We should thirst and long for God's Word wherever we are (via online) because only His Word can change our hearts and attitudes. Remember, God's Word never changes from then, now and forever.

In this service, we will follow Jesus' journey from one place to another and the activities He did as written in Luke 6: 12-13, 17-20, “Now it came to pass in those days that He went out to the mountain to pray, and continued all night in prayer to God. And when it was day, He called His disciples to Himself; and from them He chose twelve whom He also named apostles… And He came down with them and stood on a level place with a crowd of His disciples and a great multitude of people from all Judea and Jerusalem, and from the sea coast of Tyre and Sidon, who came to hear Him and be healed of their diseases, as well as those who were tormented with unclean spirits. And they were healed. And the whole multitude sought to touch Him, for power went out from Him and healed them all. Then He lifted up His eyes toward His disciples, and said: “Blessed are you poor, for yours is the kingdom of God...”

What activities did Jesus do?

So there were three groups: 12 disciples chosen to be apostles, other disciples to be disciplined and trained and a large group of listeners waiting for miracles.

In connection with the theme of "The Power of Listening and Doing the Word of God", it turns out that "listening" gives two possibilities: (1) to forget after hearing or (2) to practice the Word after listening.

If we look at the verses above, it seems that Jesus expressed His heart that those who wanted miracles of healing were more (± three portions) than those who heard and practiced the Word (± 1 portion). It is undeniable that sick people need healing, but listening to God's Word is also important. What is our attitude towards the Word being preached? Are we frenziedly seeking for crusades of healing miracle and believe in God only after seeing that miracle? But then, we do not want to listen to the Word, let alone the Bible Study, because we think it is the task of the elders and pastors to continue the teachings of Jesus.

God is able to heal anyone, anytime, and anywhere as He wishes. But what is more important is what are the characteristics of those who hear and do the Word of God? Also what are the consequences if people only hear the Word but do not respond as God wants them to? The heart of God was expressed by the prophet Isaiah through his writing, “Why do you spend money for what is not bread, and your wages for what does not satisfy? Listen carefully to Me, and eat what is good, and let your soul delight itself in abundance. Incline your ear, and come to Me. Hear, and your soul shall live; and I will make an everlasting covenant with you—The sure mercies of David” (Isaiah 55: 2-3).

God wants us to be sincere when listening to His Word because He promises eternal life according to His faithfulness.

After Jesus chose 12 disciples, delivered the Word, and performed miracles of (physical) healing and gave speech, He finally emphasized the benefits of doing God’s Word. Jesus said, "He is like a man building a house, who dug deep and laid the foundation on the rock. And when the flood arose, the stream beat vehemently against that house, and could not shake it, for it was founded on the rock." Apostle Paul asserted that he was a qualified builder who laid the solid foundation, that was Christ as the Rock (1 Corinthians 3: 10-11; 10: 4).

Application: If we become doers of God's Word (James 1:22), the structures of our family, households and marriages will be strong, not easily shaken, let alone collapsed by floods. But if we listen to God's Word and focus only on miracles of healing, then after recovering from illness we will forget God, the miracle worker, and His Word. There is also a high chance that we just shout the Name of God but do not know Him (cf. Matthew 7: 21-23).

Is Jesus’ saying, “Blessed are you poor, for yours is the kingdom of God..." just a metaphor or encouragement for the poor? If so, God's Kingdom is also just a metaphor because each religion has its own assessment of God's Kingdom. In fact, what Jesus said was true, He also affirmed "But woe to you who are rich, for you have received your consolation." What does it have to do with the poor having the Kingdom of God? While on the other hand, the rich do not receive the kingdom of God? In this case, Jesus wants to take us to the realm of eternity. When a rich young man came to him asking what to do to have eternal life, Jesus reminded him of God's commandment and it turned out that he had obeyed the law and had done it since he was young. But Jesus saw one flaw and told him to sell everything he had and share it with the poor and then followed Him. It was proven that this rich young man did not want to be poor. He rejected Jesus' answer which gave the assurance of eternal life. That is why Jesus said, “How hard it is for those who have riches to enter the kingdom of God!” (Luke 18:24).

Introspection: So can we be rich? Sure! But does the wealth we have encourage us to share it with others? Or do we just listen to the Word that promises blessings (physical) and pleasant things that are temporary on this earth? Did Jesus not teach the prayer "Thy kingdom come, Thy will be done on earth as it is in Heaven" (Matthew 6:10)? Obviously, worship is not just a religion governed by the liturgy, although this is necessary for orderliness in church. Aren't we still blessed to this day in the midst of the great difficulties that have hit almost all parts of the world caused by the COVID-19 pandemic? Have we cared for others? What about our country which also belongs to God? Jesus was not tempted by the riches of the world offered by Satan because God's Kingdom is incomparable, eternal and is provided for those who love Him.

Furthermore, Jesus alluded to the fact that it is impossible for people to pick figs or grapes from the thorns → food and clothing. He also said that good people take good things out of their treasures (vv. 43-45).

Notice that no one who is good (Romans 3:12) is thinking about what is dirty and evil. Where can we produce something good? Once Adam-Eve fell into sin, the ground was cursed to produce thorns and people struggled to find food (Genesis 3: 17-19). Cain was also cursed and the ground did not fully produce fruit after he murdered his younger brother Abel (Genesis 4: 11-12). It is proven that men do not return to God; instead, they are getting worse and worse.

Who is good? Only God. The rich young man who came to Jesus called Him a “good teacher” and Jesus answered that only God is good (Luke 18: 18-19). Jesus wanted this young man to see God in Himself because Jesus – the Word – was God becoming flesh and tabernacled among us (John 1: 1,14).

Why did Jesus take the parable of the grapes? Grapes are only obtained from the branch attached to the vine (John 15: 3). Jesus is the true vine and we, its branches, will bear much fruit if we cling to Him (v. 1,5). In order to bear more fruit, we must be cleansed and sanctified (v. 2). The vine also refused to be king because it still wanted to be fruitful to please God and mankind (Judges 9: 12-13).

Application: We cannot be good without Jesus. Religion only teaches us to be good but Jesus provides a way of salvation and is able to change our lives into new ones (2 Corinthians 5:17). Only Jesus can change our hardened heart (stone) into obedient heart (flesh) (cf. Ezekiel 11:19), to experience life transformation and become good people. But, a heart that still likes holding bitterness will harm himself as well as others.

Jesus concluded His sermon by comparing two factors that make us aware of the dangers of not doing His word (vv. 46-49).

For those of us who are listening to God's Word today, we are building marriages, homes, and ministries for our future. Are we content just to listen to God's Word and then forget about it? It is the same as building a house with no foundation! But if we become doers of the Word, we are building a strong house that will not be shaken when the floods of problems hit us. Do not let our households, marriages, and jobs be spoiled because of our carelessness!

We should seriously respond to God's Word that we listen and do. One day the world will disappear and the Kingdom of God appears, make sure we are in it as the Bride of the Lamb beside the Heavenly Bridegroom forever in His unshakable Kingdom. Amen.