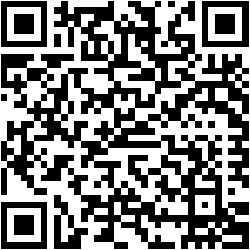 By faith we believe that miracles do exist. But we need to remember that faith itself is the great miracle God graciously grants to us. Normally, during Eid Mubarak holiday people go on vacation domestically or internationally but not this time. COVID-19 pandemic that is striking the world leaves us to live in concern and makes our government impose restrictions on community activities. Whatever happens, God wants us to sit still and feel His presence. In this kind of situation, we ought to be grateful that we are still given the opportunity to sit and listen to the word of God because “Blessed is he who reads and those who hear the words of this prophecy, and keep those things which are written in it; for the time is near” (Revelation 1:3).

Do we feel joyful when we read Luke 7:1-10 with the topic “Having Faith in the Word of God”? This event happened in Capernaum, a city of Galilee (Luke 4:31). When we link this event with the history and the prophecy of the birth of Jesus (Isaiah 9:1,5), it’s very clear that Jesus’ designated place was Galilee of the Gentiles who lived in the darkness (Matthew 4:15-16). It was God’s vision in Jesus to spread the good news to them. That’s why when Jesus grew up, He left Nazareth and dwelt in Capernaum as the fulfillment of the prophecy of Isaiah the Prophet (Matthew 4:13-14). In Capernaum Jesus gathered His first disciples: Simon, Andrew, James and John (vv. 18-22). “And Jesus went about all Galilee, teaching in their synagogues, preaching the gospel of the kingdom, and healing all kinds of sickness and all kinds of disease among the people” (v. 23).

Jesus once rebuked the impenitent cities of Chorazin, Bethsaida and Capernaum for they didn’t repent of their sins despite many miracles He performed there. He said to them, “But I say to you, it will be more tolerable for Tyre and Sidon in the day of judgment than for you. And you, Capernaum, who are exalted to heaven, will be brought down to Hades; for if the mighty works which were done in you had been done in Sodom, it would have remained until this day” (Matthew 11:20-23) – God destroyed Sodom with fire for they had rejected His messenger (Genesis 19).

Application: We ought to appreciate the grace from God and all His miracles; lest we receive the consequences like Capernaum that was left to ruins including the synagogue where Jesus used to teach.

What happened in Capernaum? There was a centurion’s dear servant who was sick and about to die (Luke 7:2). History wrote that this non-Jew centurion lived in Capernaum. As a centurion with a great authority, his soldiers can’t have disobeyed him.

Lesson learned: How this centurion treated his servant gives us an example of how to behave in the society. A servant or a slave was worthless and even could be traded by his master; but what this centurion did was very different. Even though he was a high-ranked army officer, he wasn’t arrogant and even valued his servant. He loved his servant out of his humble heart without depending on his social or economy status. Being a non-Jew, he loved the Jews and built a synagogue for them.

How was the process of the centurion having faith in the word of God according to Luke 7:1-10?

The centurion had heard about the Gospel including all the miracles Jesus had done. So, his faith came by hearing the word of God (cf. Romans 10:17).

“So when he heard about Jesus, he sent elders of the Jews to Him, pleading with Him to come and heal his servant.”

Even though he was a high-ranked army officer, he felt so little and unworthy to receive Jesus under his roof. He realized that he was nothing in the presence of Jesus.

Implication: When we long to see Jesus, we must be willing to let go of our status, ego, position, pride and all our superiorities. This, for sure, is not an easy thing to do.

What did the centurion say? “But say a word, and my servant will be healed.” It was not just a lip service, but it came from the depth of his heart. He further explained, “For I also am a man placed under authority, having soldiers under me. And I say to one, ‘Go,’ and he goes; and to another, ‘Come,’ and he comes; and to my servant, ‘Do this,’ and he does it.” Having heard what he said, Jesus marveled at him because he was not even an Israelite.

This shows that the centurion placed himself as a subordinate and Jesus as his superior. He acknowledged Jesus’ supreme authority in this world and adored and worshiped Him as God Himself.

Application: For Jesus, having faith is not determined by how kind-hearted we are, how high our position is, how much donation we gave to build our churches, how busy we are in our ministry or how long we have been following Jesus, but rather by how we believe in His word in the face of struggles. Sometimes the Lord allows us to go through hard times to check on our faith. In such inconvenience He wants to test the quality of our faith and to find out whether or not we are still able to praise and worship Him (cf. 1 Peter 1: 6-7).

The Bride Tidings in the light of the Tabernacle also teaches each of us in our respective roles as husbands or wives or family members to respect, care, and love each other. When either husband or wife is feeling hopeless in facing a problem, the spouse should give encouragement to rekindle their hope and help find the solution. But when both of them are in despair, they are to pray and cry out to the Lord for help because their strength and wealth can’t bring them out of their struggles.

Admittedly, a weak servant is quite a troublesome burden to the master. Such is the case with an unsolved problem in our marriage and family. However, we must have faith and think positively just like what the centurion did. He turned his problem into a chance to meet Jesus. If his servant hadn’t been sick, he wouldn’t have met Jesus.

Application: Whatever problem you are facing—personal or marriage problem, stand strong in your faith in the word of God to be able to experience His power. Don’t respond negatively to the problem! Instead, turn the problem into a way to meet Him personally and to receive His miracles. The centurion had faith in Jesus’ miracle even when he hadn’t seen Jesus yet—his deed echoed Hebrews 11:1, “Now faith is the substance of things hoped for, the evidence of things not seen.” Jesus Himself said that whatever things we ask when we pray, He will give it to us (Mark 11: 24); and He knows what we need (Matthew 6: 32). Nevertheless, it all depends on our faith.

The story above illuminates us to understand that having faith in the word of Jesus means having an absolute conviction that the Lord is able to answer all our prayers. Although the centurion asked something unusual—healing from a distance, Jesus granted it.

If we pay close attention, we can see how Jesus wonderfully performed miracles of healing in different ways: a woman who had a flow of blood for twelve years was healed after she touched the border of His garment (Luke 8: 43-44); a man whose right hand withered was healed when He said, “stretch out your hand” (Luke 6: 6, 10); a young man from Nain was risen from death when He touched the open coffin and said “arise” (Luke 7: 14-15); ); a paralyzed man brought down from the housetop was forgiven of his sins before he was healed (Luke 5: 19-20); a blind man from birth was healed after Jesus spat on the ground, made some mud with the saliva, put it on his eyes, and asked him to wash himself in the pool of Siloam (John 9:1, 6-7); Lazarus was risen after being dead for four days (John 11: 39, 43-44), and so forth.

Illustration: Parents may deal with their children in different ways because each of them has different personalities—one may need to be treated gently while the others have to be disciplined more sternly. It’s the same as the way God shows His care to us, His children, who have different characters and backgrounds. This doesn’t mean that He plays favoritism but He treats us according to our own condition and situation because He knows us so well. We can’t demand the Lord to treat all of us the same way, the same time and the same amount of help. But one thing for sure is that He is always ready to help us all.

When does God help us? It’s in His time because He knows the best time to answer our prayer though sometimes it’s hard for us to understand it. We are taught to understand the way the Lord works in our lives. Who are we that we dare to accuse God of being unfair for not helping us right away? (Job 36: 23) The Lord is righteous in all His ways and gracious in all His works (Psalm 145:17).

The most important thing is that every time we listen and read the word of God, let us make use of it as a momentum to build a strong foundation for our faith in Him just like building a house on top of the solid rock (Christ) to personally experience the power of Jesus’ touch and receive His help in His perfect time. Amen.