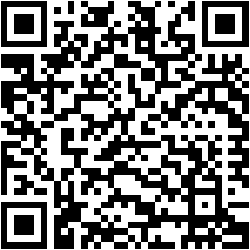 We should thank the Lord Jesus Christ who fulfilled His promise by sending the Holy Spirit 2,000 years ago to His disciples as well as to the early church starting from Jerusalem, Judea, Samaria to the ends of the earth where we live today. If it weren't for the Holy Spirit we wouldn't be able to call Jesus as Lord. We would forget and even deny Him. We can be truly thankful that the Holy Spirit guides us into all truth of His Word.

According to the 2021 calendar, today Christians celebrate the ascension of Jesus into Heaven. This event occured more than 2,000 years ago but we can still celebrate it until today. Thanks to our contemporary almanac. Nevertheless, let’s not celebrate it merely as an annual liturgical church tradition! Rather, we should take this day seriously because it is related to the waiting for His coming (cf. 1 Corinthians 11:26).

What is the relation between Jesus' ascension with His coming? Dr. Luke, by the inspiration of God, wrote that after His suffering (= His death), Jesus presented Himself alive (= His resurrection) to the apostles whom He had chosen and for forty days He was speaking of the things pertaining to the kingdom of God. “And while they looked steadfastly toward heaven as He went up, behold, two men stood by them in white apparel, who also said, “Men of Galilee, why do you stand gazing up into heaven? This same Jesus, who was taken up from you into heaven, will so come in like manner as you saw Him go into heaven”” (Acts 1: 3,10-11).

Dr. Luke's writings about Jesus’ death, resurrection and ascension into heaven in Acts intended to Theophilus were written in 63 AD while the Apostle Paul wrote 1 Corinthians regarding the Lord's supper in association with Jesus' death and His second coming in 55 AD. Another thing we need to remember is Dr. Luke became the Apostle Paul’s close associate in his itinerant ministry.

Both the Apostle Paul and Dr. Luke wrote about Jesus' death, resurrection and His second coming. How long should the Lord's church wait for His return? No one knows (Matthew 24:36). And when we do the math—it has been ± 1,992 years now. And He still has not come yet. As a result, many people grow weary. They are no longer serious in waiting for His return. That’s why the Apostle Paul gave us a reminder about Jesus’ death and His second coming. Jesus rose from the dead and He promised that He would come again. If Christ is not risen, our faith is futile; we are still in our sins! Because this means we are waiting for Jesus who is dead (1 Corinthians 15:17).

Do we really long for His second coming? Let’s be honest, it’s not easy to eagerly wait for His coming with perseverance because we do not know for sure when He will come. Proof? In Peter's day, many scoffers arose questioning His second coming (2 Peter 3: 1-7), and even more so now. But the question here is: are we ready for His second coming? Far be it from us, after being busy doing so many ministries and calling His name, we hear Him reply, “I never knew you” (cf. Matthew 7:21-23). What is wrong? Our motivation in calling His Name is only for self-glory.

Who is this Jesus who died? He is the Word (= God) that incarnated in the flesh (John 1:14,1). When we know Him and have an intimate relationship with Him, we will long for His coming. Our hearts are yearning for Him (because no one knows what is in our hearts except Him) and we prepare ourselves for His return. On the other hand, if we do not know Him personally, we will forget Him little by little. Remember, Jesus’ death was not permanent, after three days lying in the grave He rose again to become both Lord and Christ (Acts 2:36).

The Bible has showcased how man behaved and acted while waiting for the Lord's coming, namely:

Be very careful! Forgetting His coming deliberately makes us be left behind.

Then, Jesus told him, “I am the way and the truth and the life; no one comes to the Father except through Me” (v. 6). He will come again to bring them to His Father. Jesus revealed that to His 11 disciples because at that time Judas Iscariot had chosen his own path.

How long have we been following Jesus? And, do we know where He is taking us?

Jesus is the Word, the truth and the life – the Bible (God's Word) shows us the way to our Heavenly Father. Thus, Christianity is not just a religion that teaches us how to have good morality. More than that, having been set free from the bondage of sin, our lives are transformed and we hate sins.

Another disciple, Philip—who asked to see the Father, got a rebuke from Jesus, the Teacher. Jesus made it clear that seeing Him is seeing the Father because He is in the Father and the Father is in Him (John 14:8-10).

Jesus’ (The Teacher) sayings to His two disciples (Thomas and Philip) about securing a place in His Father's house were actually associated to the ancient Jewish customs in which the soon-to- be-groom should prepare a house for his future bride.

We have been betrothed to Christ, and presented as a chaste virgin. Thus, let’s not put up with another Jesus, or a different spirit, or a different gospel—lest our minds be corrupted (2 Corinthians 11:2-4). Jesus will return as the Heavenly Bridegroom to bring His Bride, that is the church (Revelation 19: 7-8). Will we eagerly welcome His coming as John who said, "Amen. Come, Lord Jesus!" (Revelation 22: 20b)? Keep this in mind: we are His betrothed bride and we must live in holiness until His return. Let me give you an analogy. When a husband, feeling tired after a long workday, comes home, he will feel happy when he is greeted with a warm welcome from his wife. So, wives, be the kind of wives your husbands cherish—don’t be the demanding types who put pressure on their husbands to commit sin such as corruption, embezzlement, infidelity, and so on.

Now that we believe in His return, our hope does not disappoint because the love of God (Agape love) has been poured out in our hearts by the Holy Spirit who was given to us (Romans 5: 1-5). And here is something amazing, God demonstrates His own love toward us while we were still sinners (vv. 6-8) because His great love will never cease (1 Corinthians 13: 8a, 13).

Don’t be quickly shaken! Don’t doubt, let alone cast away your confidence, when you are mocked about His imminent return. Instead, we need endurance for yet a little while He who is coming will come and we are of those who believe to the saving of the soul (Hebrews 10: 35-39).

This is not the time for us to resign from corporate worship or ministry due to the busy daily activities. Rather, our minds and our hearts must be pointed toward holiness and perfection.

Now we know that Jesus' mission in the world was to die to set us free from sin that is leading to death, then He rose again to show that death no longer had power upon Him and forty days later He ascended into Heaven to prepare a place for us who are faithful and persevere until the end. For that reason, we must continue to proclaim His return because soon He is coming as the Heavenly Bridegroom to bring us, His Bride, to live with Him in the New Jerusalem forever. Amen.