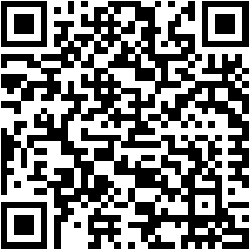 We should always desire to listen to God's Word that never changes because He, the Word, has fulfilled His promise by sending the Holy Spirit to the apostles and the believers who gathered in one place (Acts 2: 1-3) . And right now the Day of Pentecost (the descent of the Holy Spirit) is celebrated by His people all over the earth.

What is the role of the youth in this commemoration of the outpouring of the Holy Spirit? Do they think that it’s not the right time yet to involve as they want to wait until they are old enough to actively do the ministry?

Let us further discuss what is written in Luke 7: 11-17, “Soon afterward, Jesus went to a town called Nain, and His disciples and a large crowd went along with Him. As He approached the town gate, a dead person was being carried out—the only son of his mother, and she was a widow. And a large crowd from the town was with her. When the Lord saw her, His heart went out to her and He said, “Don’t cry.” Then He went up and touched the bier they were carrying him on, and the bearers stood still. He said, “Young man, I say to you, get up!” The dead man sat up and began to talk, and Jesus gave him back to his mother. They were all filled with awe and praised God. “A great prophet has appeared among us,” they said. “God has come to help his people.” This news about Jesus spread throughout Judea and the surrounding country.

What does the story above have to do with the commemoration of the Day of Pentecost (the outpouring of the Holy Spirit)? Is resurrection from the dead still relevant today? In Jesus' day, there were some resurrections from the dead, such as : of the young man from Nain, the daughter of the head of the synagogue (Matthew 9: 18,23-25); Lazarus who was dead for four days (John 11: 17,43-44), graves were opened and many saints who died were raised when Jesus gave His life (Matthew 27: 50- 51), Peter raised Dorcas who was dead (Acts 9: 36-40), Paul raised Eutychus who fell to the ground from the third storey and died (Acts 20: 9-10).

Do we believe that God still has the power to raise the dead? How do we interpret the true story that Jesus did to this young man from Nain? How did Jesus resurrect a young man who had been lying stiffly on the stretcher? It was enough for Jesus to say, "Young man, I say to you, rise up!" His words had power and this young man immediately rose from the dead. For us today, the (spoken) Word of God has the power to give eternal life to sinful men who are under threat and the shadow of death (Romans 6:23).

Why did Jesus raise this dead young man? John 5: 21,25 writes, "For just as the Father raises the dead and gives them life, even so the Son gives life to whom He is pleased to give it…Very truly I tell you, a time is coming and has now come when the dead will hear the voice of the Son of God and those who hear will live.”

Obviously, God wants the resurrection of the dead because He is the God of the living, for to Him all are alive (Luke 20:38).

The young man who was raised from the dead had two opportunities:

What is the impact of the resurrection of this young man from Nain ? This miracle of resurrection turned the atmosphere of mourning of the mother and those who took part in the funeral procession to fear and glorify God after watching the young man wake up and speak. Then Jesus gave this young man to his mother. They no longer headed to the cemetery but returned home with hearts full of joy. It is evident that the resurrection by the Word of God brings joy and glory to God.

What happened to the apostles who were gathering in one place to celebrate the Day of Pentecost? They were all filled with the Holy Spirit and began to speak in other languages about the wonderful works God had performed. It made other believers who were also gathering in Jerusalem to celebrate the Day of Pentecost could understand what the apostles were saying (Acts 2:1-4, 11).

It turns out that there is similar reaction to the resurrection of the young man from Nain and the outpouring of the Holy Spirit on the Day of Pentecost, namely that they all glorify God as well as the great works He did.

Jesus once reminded the apostles whom He had chosen to stay in Jerusalem to wait to be filled with the Holy Spirit to be His witnesses starting from Jerusalem, Judea, Samaria and to the ends of the earth (Acts 1: 4,8). Now as we celebrate the Day of Pentecost—the outpouring of the Holy Spirit, let us not do it as a ritual or focus on speaking in tongue, rather let us strive to become His witnesses to proclaim God’s great works.

Application: We should not underestimate the living and powerful Word of God because it is the Spirit who gives life, the flesh is completely useless and His words are spirit and life (John 6:63). We do not need to wait for the outpouring of the Holy Spirit like in the past to happen again because the sealing of the Holy Spirit can happen at any time (Ephesians 1:13) and the Word of God is available at any time just like the breath of God which is exhaled for us to receive with humility.

Still related to young people, Peter represented the eleven other apostles preaching when they were mocked of being drunk because of wine, “…. In the last days, God says, I will pour out My Spirit on all people. Your sons and daughters will prophesy, your young men will see visions, your old men will dream dreams…And everyone who calls on the name of the Lord will be saved" (Acts 2: 14-21). Peter quoted these verses from the book of Joel 2: 28-32. On another occasion, Peter reminded us that salvation is only in Jesus because under the heaven there is no other name given to men by which we can be saved (Acts 4:12). Notice, God is a Spirit (John 4:24) and the Holy Spirit filled not only the early church with the total of 120 people but also to anyone who calls on His Name and is converted. The proof is that God's church has grown to 3,000 people, then 5,000 people, and the number has been increasing until now.

Obviously, the Holy Spirit fills every human being created by God to give them strength to testify about Jesus. The indwelling Holy Spirit makes us alive and sets us free from the law of death (Romans 8: 1-2). If the family and group of young people had not met Jesus, the grave or death would have been the end of their journey. However, this young man received the mercy of Jesus and His words (which are spirit and life) raised him. Do you know that the mind governed by flesh is death, but the mind governed by the Spirit is life and peace (v. 6)? Beware, people who have no Spirit of Christ do not belong to Him (v. 8). It is true that the physical body is dead because of sin but if Christ is in us, our mortal bodies will be resurrected by His Spirit who lives in us (vv. 10-11). If our inner person gets stronger (as opposed to the physical condition), will we still be filled with fear and worry?

After being raised from the dead, the Nain young man was handed over to his mother by Jesus. Jesus wanted to show the relationship between children and parents that often has disagreement between them because of different views, desires, hobbies, tastes and so on which make children prefer hanging out with their peers. It is proven that Jesus – the Word – wants harmony in the family, especially between parents and their children. And He (at age 12) set a perfect example even though he had to be in His Father's house (the Temple) when celebrating the Passover in Jerusalem. He still obeyed and lived with His parents (Luke 2: 48-51) until he was 30 years old.

Application: The Word of God has the power to unite starting from our household. Likewise the Holy Spirit fills us not to be scattered from one another. After the early church was filled with the Holy Spirit, they lived together and had all things in common (Acts 2: 41-47). It must be admitted that recently we have not been able to come together due to the COVID-19 pandemic, but communication between parents and children, and among siblings must be well maintained.

Now we know that a life filled with the Holy Spirit will love witnessing, glorifying God as well as preaching the great deeds He has done. Apart from the Holy Spirit, the Word of God has the power to revive the younger generation and unify household life. If every family that has been united, glorifies God through words, attitudes and deeds, this will become a living testimony for neighbors and friends who do not know God to be interested in knowing who our God is. In this way, they also receive salvation if they believe in Him. Amen.