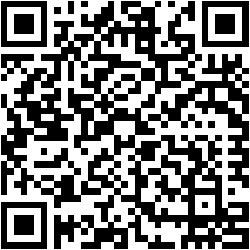 Admittedly, we desperately need the strength through the word of God in this devastating Covid-19 crisis. If God still gives us breath today, let’s use this life to submit ourselves to the guidance of His Spirit who will enable us to understand and obey His word. By practicing His word daily, we can become a good testimony to those around us so that they may know and follow Him as their God and Savior.

The theme of today’s sermon is Jesus Prevails over All Diseases and Death which shows that Jesus’ omnipotence is undeniably absolute as evidenced by many miracles He performed as recorded in the Bible. In Luke chapters 5 – 8 alone we can read about 8 miracles. If we still doubt His omnipotence, what miserable Christians we are!

The two persons with different perspectives on Jesus in Luke 8:40-56:

“And behold, there came a man names Jairus, and he was a ruler of the synagogue. And he fell down at Jesus’ feet and begged Him to come to his house, for he had an only daughter about twelve years of age, and she was dying. But as He went, the multitudes thronged Him … While He was still speaking, someone came from the ruler of the synagogue’s house, saying to him, “Your daughter is dead. Do not trouble the Teacher.” But when Jesus heard it, He answered him, saying, “Do not be afraid; only believe [pisteuo, means have faith], and she will be made well. When He came into the house, He permitted no one to go in except Peter, James and John, and the father and mother of the girl. Now all wept and mourned for her; but He said, “Do not weep; she is not dead, but sleeping. And they ridiculed Him, knowing that she was dead. But He put them all outside, took her by the hand and called, saying, “Little girl, arise.” Then her spirit returned, and she arose immediately. And He commanded that she be given something to eat. And her parents were astonished, but He charged them to tell no one what had happened” (vv. 41-42, 49-56).

Jairus depicts an active Christian minister with an important position in church. What was Jairus’ perspective on what Jesus did? It’s the same question to us, the Christians. Because Jairus’ daughter died, Jesus’ seemingly late action made people assume that He didn’t really care to heal her. That wrong assumption came from the perspective constructed not on the foundation of the word of God. If we think that Jesus is often late in giving solution to our problems, it means our perspective needs to be corrected considering the fact that while Jesus was walking on the earth—since He was born until He died—He always worked on the right timing.

According to our human logic, Jesus had to rush to Jairus’ house to heal his daughter. But a sick woman who also needed His help hindered Him. Having been told that his daughter had died, Jairus could have assumed that Jesus didn’t seriously intend to heal her.

Did Jesus know that the girl would die? He certainly did. What was His big plan for Jairus and his family? He wanted to teach them to have faith in Him. The same applies to us.

When bringing our problems to the Lord, we tend to urge Him to rush to our rescue, and we even give Him a deadline. Let’s not forget these following important points: (1) Our way and point of view may not be compatible with the Lord’s. (2) Our deadline may not be congruent with His timing. Didn’t it often happen that He did not answer and do our request immediately? Does it mean He chose to lazily linger and come late? By having a big heart to understand the two points mentioned earlier, we will be kept from narrow-mindedness; thus, we will not assume that God doesn’t care or love us enough to help us out, believing that He must have much better considerations that we do not understand yet.

Hearing that the girl had died, Jesus didn’t apologize for His “tardiness”. Instead, He told Jairus, “Do not be afraid; only believe, and she will be made well.” Honestly, we often feel depressed over the ongoing upheavals; however, we have to bear in mind that God has forward planning that surpasses our understanding. If our ears are sensitive to His voice, we will understand that when Jesus told Jairus not to be afraid but just believe that his daughter would be well, it means He definitely had a greater plan than that of healing her.

Jairus’ daughter had to go through death with a purpose of:

Application: It should be noted that God works in His own way and timing that is far beyond our deadline, our finite perspective and way of thinking, our lack of discernment and imprudence. If He hasn’t given what we ask, it’s because His time hasn’t yet come. It’s easy for Him to perform a miracle for us at anytime, but we must comply with His timing. What He concerns more is to train us to be committed and have consistent faith in Him. The fact is it’s easier for Him to perform a miracle even before we ask than to train us to fully believe in Him. Will we still believe in Him when no miracles take place yet? Will our faith stand firm regardless of our long-standing adversity? Or do we have faith in Him only when everything runs well?

God doesn’t mind if we misunderstand Him thinking that He is being tardy to show His work because for Him it’s more important to train us to have sure-footed faith, not the up-and-down one.

She had spent all her treasures on her medication but to no avail. To make it worse, she was considered unclean by the society (Leviticus 15:25-27), so she had to approach Jesus in secret; lest she would be caught and receive punishment. She believed that only by touching the edge of Jesus’ cloak she would be completely healed. What’s the result? Jesus told her, “Daughter, be of good cheer; your faith [in Greek: pistis] has made you well. Go in peace” (Luke 8:48). This woman obviously had stronger faith compared to Jairus. Jesus wanted Jairus to have such faith.

Our belief in God must become firm faith (in Greek: pistis) because only faith can save us from perdition, not miracles. Because of their faith, many ministers in God’s field had to suffer a lot and died as martyrs. Don’t have faith in Jesus with ulterior motive of having problems solved, debt paid, and wealth gained! Such faith will be shaken when we don’t get what we want. Rather, we should have as strong faith when we are going down the steep valley as when we are on the top of a mountain—whether we receive a miracle or not. Let’s imitate the apostle Paul who pressed on through life’s challenges, suffering, and even death threat! He didn’t leave the Lord for he held fast on his faith.

Another example is Jesus’ mother, Mary. Jesus, his mother and his disciples were in a wedding party at Cana. When the host of the party was running out of wine, Mary came to Jesus bringing the issue. What did Jesus tell her? “My hour has not yet come.” She was neither offended by, nor responded negatively to Jesus’ saying because she had the right perspective on her Son and knew exactly what He was capable of. Therefore, she told the servants to do whatever Jesus said (John 2:1-5). What’s the outcome? A miracle of water turned into wine happened.

Introspection: How is our faith during this Covid-19 pandemic that has resulted in health, economic and social disruption? Will we still keep the faith in the Lord when He hasn’t answered our prayer? Do we doubt His power, get disappointed then go away in search for help and solution on our own? We should remember that He takes control of whatever happens in the world. He can manifest His omnipotent power and give solution to our problems without anyone’s consent.

Therefore, we need to build the right perspective on the Lord. Let’s not doubt His omnipotence! “Only believe” that He is capable of performing miracles of healing, purification, casting off evil spirits and even resurrection. He wants us to consistently stand firm in our faith, not on physical miracles considering that only faith can bring us to eternal salvation to live together with Him in the New Jerusalem for eternity. Amen.