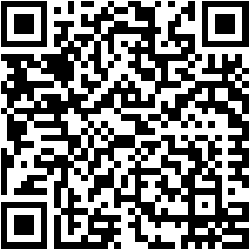 Let the peace which surpasses all understanding continue to rule over us and the Holy Spirit guide us to understand His Word. These days we are again facing difficult times. Even the government has imposed the Implementation of Emergency Micro-Community Activity Restrictions (PPKM) to break the chain of the Corona virus which continues to increase. As citizens, we must obey the regulations issued by the government because the government is the representative of God on earth. Whatever happens in the future, all of this is with God's permission and we remain confident that we are in His strong hands. For colleagues who have been exposed to Covid-19, stay strong because in God's hands COVID-19 is not everything, but God is above all.

The Word of God taken from Luke 9:1-17 concludes that Jesus gave the power of holistic ministry. What does the word “holistic” mean? It is comprehensive, not half. The ministry of Jesus was so perfect and touched every aspect. Then, what aspects did Jesus touch?

“Then He called His twelve disciples together and gave them power and authority over all demons and to cure diseases. He sent them to preach the Kingdom of God and to heal the sick.. And the apostles, when they had returned, told Him all that they had done. Then, He took them and went aside privately into a deserted place belonging to the city called Bethsaida. Hence, they were alone with Him. However, when the multitudes knew it, they followed Him... When the day began to wear away, the twelve came and said to Him, "Send the multitude away that they may go into the surrounding towns and country, and lodge and get provisions; for we are in a deserted place here." But He said to them, "You give them something to eat." ……For there were about five thousand men. Then, He said to His disciples, "Make them sit down in groups of fifty."...So they all ate and were filled, and twelve baskets of the leftover fragments were taken up by them.”

The power of holistic ministry that Jesus touched includes:

The power of Jesus’ holistic ministry has the following characteristics:

Verses 3-4: Take nothing for the journey, neither staffs nor bag nor bread nor money (wealth); and do not have two tunics apiece (power). Whatever house you enter, stay there, and from there depart (NKJV).

Introspection: if there are bickers, disputes and even divisions, we need to check whether we bring or include our wealth, intelligence, abilities, experience, titles and positions in the ministry which often cause division in church. Does not it often happen that church organizations break up with the excuse of longing to spread the word of God but actually it is just to cover or to mask it. When we do not rely on all we have, fellowship happens. What are we proud of and rely on in our service, especially during this pandemic? It is proven that neither wealth, throne nor position can avoid the deadly Corona virus that attacks anyone.

However, if the preaching of the Word of God is still rejected (v. 5), people who refuse have beliefs and assumptions that Jesus is just nonsense because they feel that without Him they are in good condition. While the Pharisees, who thought they knew more about the law, underestimated Jesus and even considered Him a troublemaker. Obviously, pride and self-sufficiency cause God's Word to be rejected.

We must rely on the strength and the power of God; even if we sacrifice our thoughts and possessions and succeed in doing so, it is all because of Him alone. But in fact, it often happens that someone who has sacrificed a lot for the work of God, wants to take charge of the money or stuffs he donated. It means he still expects praise, or there is pride in his offering. As soon as an offering is given to God through the church, he should accept that the responsibility shifts to the recipient of the sacrifice. Note, true service results in the existence of fellowship.

Herod, who beheaded John the Baptist, became anxious to hear the power of this holistic ministry even though the disciples of Jesus did not come to him. Herod killed John because he was rebuked for his unlawful marriage (Matt. 14:3,8-10).

Beware! If we become anxious when the truth of the Word of God is proclaimed, the power of darkness are cast out, and miracles of healing occur! This means we are in the same position as Herod. Do we prefer the power of darkness, the suppression of the Gospel and many people get sick? This kind of mindset must be changed; otherwise, we are like Herod – Satan's minions – for the father of murderers is Satan (John 8:44).

Then what should we do? When the truth of God's Word rebukes and God's power resounds, we should rejoice, instead of being anxious.

Because being too busy, Jesus and His disciples did not have time to eat and He no longer had privacy because of the large number of people who came (Mark 6:31).

Generally, we spend “Me Time” for our privacy by resting to enjoy our hobby meanwhile, Jesus besides resting (as a man), prays/communicates with His Father. Wherever He went, He always prayed. This proves that the Triune God has never stopped communicating since the beginning of creation (Gen. 1:26).

What is the power of ministry that is happening at this crusade? Jesus healed sickness, preached the kingdom of God and cast out demons (v. 11).

What happened next at this crusade? The disciples did not realize that they had been given strength and power by Jesus. They also were reminded not to bring food, money or clothes to the ministry even though they had cast out evil spirits, healed the sick and preached the Kingdom of God (Vv. 10). When Jesus was told to feed the crowd, the disciples forgot the power and the advice that Jesus had given them. They suggested that the crowd should go in search of lodging and food. In other words, they did not want to be bothered. That is so strange. They had served by the power of God but did not believe in the miracles they had done. Jesus asked Philip where to buy bread to test him, to which he was immediately answered that 200 denarii worth of bread were not enough for the crowd (John 6:6).

Implication: Sometimes we are tested not as recipients of blessings but how responsive we are to give blessings. Indeed, we are not capable but there is the strength and power from God beyond our limitations that can be relied on.

Be alert; we can serve God without mercy even though Jesus came into the world with truth and mercy. Truth absolutely must be upheld, but mercy accompanies it. It is conceivable that if Jesus came only to defend the truth, no one would be saved! We must preach the truth of the Word of God as well as His help as a manifestation of His mercy.

It is clear now that the power of the holistic ministry of Jesus brings fellowship, mercy and makes enemies anxious. This holistic ministry is entirely from Jesus. It is capable of conquering the power of darkness, healing diseases, evangelizing and even giving physical blessings. What should we doubt? Rely on the strength and the power given by Jesus; then, we will be victorious in facing any problem. Amen.