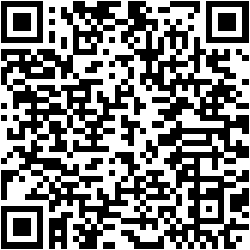 We truly need Jesus especially in going through difficulties in this dreadful Covid-19 pandemic so that we may gain victory over anxiety, suffering, failure, etc. Let’s grow mature spiritually as we walk together with Jesus, our only hope and Savior, who has promised to make us more than conquerors.

This sermon is titled “Following Jesus, the Beloved Son of God the Father.” Following Jesus means He is in front of us and we walk after Him just like a flock of sheep walking after the shepherd and following him wherever he goes. Jesus’ disciples did the same as they followed Jesus, their Teacher, and listened attentively to all His teachings.

As Jesus’ followers, what example can we take from the word of God in Luke 9:28-43a? “Now it came to pass, about eight days after these sayings, that He took Peter, John and James and went up on the mountain to pray. As He prayed, the appearance of His face was altered, and His robe became white and glistening. And behold, two men talked with Him, who were Moses and Elijah, … But Peter and those with him were heavy with sleep; and when they were fully awake, they saw His glory and the two men who stood with Him. Then it happened, as they were parting from Him, that Peter said to Jesus, “Master, it is good for us to be here; and let us make three tabernacles: one for You, one for Moses, and one for Elijah” … While he was saying this, a cloud came and overshadowed them; and they were fearful as they entered the cloud. And a voice came out of the cloud, saying, “This is My beloved Son, Hear Him!” … Now it happened on the next day, when they had come down from the mountain, that a great multitude met Him. Suddenly a man from the multitude cried out, saying, “Teacher, I implore You, look on my son, for he is my only child. And behold, a spirit seizes him, and he suddenly cries out; it convulses him so that he foams at the mouth; and it departs from him with great difficulty, bruising him. So I implored Your disciples to cast it out, but they could not.” Then Jesus answered and said, “O faithless and perverse generation, how long shall I be with you and bear with you? Bring your son here.” And as he was still coming, the demon threw him down and convulsed him. Then Jesus rebuked the unclean spirit, healed the child, and gave him back to his father. And they were all amazed at the majesty of God.”

In this story there are two big events happening in different places:

Having received Jesus’ teaching, Peter, John, and James were brought by Jesus to the mountain. The word of God shouldn’t be taken as merely a theory, but we are to put it into practice daily.

What example did Jesus give to them? Going up to the mountain to pray, to get closer to God the Father who enthrones on the highest. As the Son, Jesus has an intimate relationship with His Father shown by His being glorified.

When Jesus’ disciples awoke, they saw Jesus’ glory and two men standing with Him. Then Peter told Jesus how happy he was to be in that place, and out of his obliviousness he offered to build three tabernacles for Jesus, Moses, and Elijah. While he was saying this, “a voice came out of the cloud, saying, “This is My beloved Son, Hear Him!””

The voice of God the Father coming from heaven was also heard when Jesus had been baptized: “This is My beloved Son, in whom I am well pleased” (Matthew 3:16-17).

Application: Having a close relationship with the Heavenly Father, we’ll surely have true happiness. We should imitate Jesus by giving ourselves to be baptized to live a new life as we’re sealed to be God’s beloved children. And if we’re His children, we’ll love to hear His voice, obey His commands and leave behind our old lives detaching from worldly business, just like Peter who later became a fisher of men (Luke 5:10), and Levi the tax collector, who left his profession to follow Jesus (Luke 5:27).

As Jesus’ disciples, we are to be willing to learn from Him and value His teaching as done by a father who implored Jesus to look on his only son possessed by the invisible spirit.

Hasn’t the invisible Covid-19 virus ravaged the whole world? How come this tiny virus could paralyze millions of people? Because it’s given a chance to enter the uncovered eyes, nose, and mouth. That’s why the government calls on all Indonesians to practice health protocol to protect ourselves: wearing a mask, washing hands, social distancing, avoiding the crowd, and minimizing mobility. We need to do the same in fighting against the evil spirits of which Satan is the chief in command. Don’t ever give a chance to Satan to enter and attack our spirit leaving us in miserable condition!

Take the perfect example from Jesus. What did He do when He was twelve years old? As a teen, He purposefully made Himself busy in the Temple “sitting among the religious teachers, listening to them and asking questions” (Luke 2:46-47). At the time Jesus positioned Himself as a disciple and He focused on listening to His teachers’ explanations and asked questions. He humbly studied hard to add His knowledge that made Him grow in wisdom as He also grew in stature and in favor with God and men (v. 52).

Introspection: Do we position ourselves as a disciple who loves listening to the word of God and digging deep into the Scripture? It’s normal if a student doesn’t understand all of the learning materials and makes mistakes and even fails. That’s why a teacher’s guidance is needed. Example: When (Teacher) Jesus asked the disciples who they thought He was, only Peter gave the correct answer (Luke 9:18-21). He could do so only because the Heavenly Father had revealed it to him (Matthew 16:17).

Luke 9:40 tells us that Jesus’ disciples failed in their attempt to cast the evil spirit out of the boy. However, they had shown a good attitude of a student by coming to (the Teacher) Jesus, asking, “Why could we not cast it out?” (Matthew 17:19). Then He disclosed their shortcomings:

Jesus took the disciples to go up on the mountain with a purpose to teach them to pray and not to bother themselves with eating and drinking because the Kingdom of God is not about them, but righteousness, peace, and joy in the Holy Spirit (Romans 14:17).

Application: As the Holy Spirit controls our lives, our mouths sing praises for Him coming from the heart filled with peace and joy that are the fruit of the Holy Spirit. By fasting, we crucify the lust of flesh; thus, the power of the wicked one is defeated by the power of God. The more we are rooted and built up in Him, the more established our faith is (Colossians 2:6-7). A plant will grow bigger and stronger if it’s not moved many times. It’ll continue to grow like a tree planted by streams of water that yields its fruit in season. Such is the case with one whose delight is meditating the law of the Lord day and night (Psalms 1:2-3).

The more established our faith is, the stronger our spiritual immune system will be to defend ourselves against the adversary’s attack (1 Peter 5:6-9). In other words, we can’t fight against the devil with weak faith. Therefore, we need the word of God that teaches us how to become a believer with firm faith. We can also learn from Simon who was weak before knowing Jesus. But after confessing that Jesus was the Messiah, the living Son of God, Jesus gave him a new name, Peter, meaning a solid rock (Matthew 16:18).

Let’s have confidence in following Jesus, the beloved Son of God the Father. Our immovable faith in Him serves as a spiritual immune booster to overcome the devil’s attack. Therefore, we need to steadfastly listen to His word and continually “study hard” to understand His will until we obtain the perfect salvation to become His belonging and live together with Him in the New Jerusalem forever and ever. Amen.