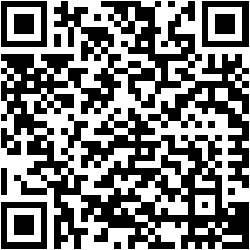 We find strength, comfort, and life only in Jesus; on the contrary, without Him we are a worthless lump of clay that will never undergo a process of purification to perfection. Therefore, we should be grateful to have the mind and heart that can receive the Word of God, especially in these uncertain days.

What verses give us strength today? We are asked to follow Jesus in humility as it is written in Luke 9:43-50, “And they were all amazed at the majesty of God. But while everyone marveled at all the things which Jesus did, He said to His disciples, “Let these words sink down into your ears, for the Son of Man is about to be betrayed into the hands of men.”But they did not understand this saying, and it was hidden from them so that they did not perceive it; and they were afraid to ask Him about this saying. Then a dispute arose among them as to which of them would be greatest. And Jesus, perceiving the thought of their heart, took a little child and set him by Him, and said to them, “Whoever receives this little child in My name receives Me; and whoever receives Me receives Him who sent Me. For he who is least among you all will be great.” Now John answered and said, “Master, we saw someone casting out demons in Your name, and we forbade him because he does not follow with us.” But Jesus said to him, “Do not forbid him, for he who is not against us is on our side.”

From the verses above, there are three things that Jesus wanted His disciples (as well as us) to know in order to become His followers, namely:

An amazement at God's greatness and astonishment still engulfed the crowds who witnessed the miracles performed by Jesus but He was not affected by the admiration of them. He focused more on His disciples. There is a difference between the crowd and His disciples! He wanted His disciples not to stop simply marveling at miracles but to increase their knowledge of Him. He once asked them who He really was but only Peter could answer correctly; this is because God revealed it to him (Matthew 16:16-17). Jesus further said that He would suffer and even be killed but on the third day he rose, Peter immediately rejected the message of the cross (vv. 21-22). For the second time Jesus confirmed to them that the Son of Man would be delivered into the hands of men. What is their response? They did not understand but did not dare to ask their Master. As a result, there was a fight between them as to who was the biggest! Yet Jesus wanted them to relay His teaching to make other people His disciples according to His mandate (Matthew 28:19).

Introspection: Do we follow Jesus only to seek miracles and healing revivals like most people? It is natural for us to seek recovery from illness, restoration from the declining economic conditions, and peace in the midst of anxiety for this mortal body. But is it our main goal? Or do we position ourselves as sheep who recognize the voice of Jesus, the Shepherd, and follow Him? Or as disciples who understand the teachings of Jesus, our great Teacher?

The quarrels among the disciples proved that they were still fixated on the miracles of Jesus that made Him famous. He even gave them the power to cast out evil spirits and heal all diseases (Luke 9:1-6). Of course they also wanted to be as famous as their Teacher. As a result, a competition arose among them about who the greatest was and ended in a fight. It turned out that they were not ready and did not understand that their Teacher had to suffer on the cross for the salvation of sinners.

In fact many churches fight with one another to claim who is greater in miraculous power and who has more fame. They are busy with the ministry of miracles (prosperity, success) and healing (physical) instead of preaching the gospel of the cross of Christ. Be careful, if we only follow religion and church organizations or serve God because of competition, sooner or later there will be quarrels and even divisions if worldly interests arise. Additionally, do not prioritize miracles because it means we unconsciously glorify pastors who can do miracles, causing idolization.

Jesus knew their thoughts and tried to correct their erroneous views about following Him. What did He do?

Does an outward appearance with a bowing posture, speaking politely and often apologizing show that someone is humble? What is the criterion of humility? The world philosophy of various countries, nations and ethnicities has a humble definition according to their respective cultures which does not necessarily apply universally.

Jesus described humility not in theoretical lengthy words, rather in practical and simple words that were easy to understand. He took a small child and placed him beside Him and said, “Whoever receives this little child in My name receives Me; and whoever receives Me receives Him who sent Me. For he who is least among you all will be great.” And remember, this child belongs to the kingdom of God (Luke 9:48).

The example of humility described by Jesus – God's Word – relates to our humanity which can be understood simply not a theory that needs to be preached. Young children are examples of humility because they are innocent, straightforward, pure, and honest (cf. Proverbs 20:11); they are different from adults who are fluent in tongues. Jesus also said He was gentle and lowly in heart (Matthew 11:29).

Introspection: Have we behaved honestly and imitated the humble Jesus? What about our children, are they still innocent and willing to listen to God's Word or are they spending their time watching videos and playing video games and getting mad when they are asked to sleep?

Is it true that Jesus set a good example of humility that we should imitate? Since He was a baby, He had shown good character, for example: after being dedicated at the age of 40 days at the Temple in Jerusalem, He grew bigger, full of wisdom, and the grace of God was upon Him (Luke 2:40). God is always with Him. At the age of 12, he grew in stature and wisdom, and was loved by God and men (v. 52). He liked discussing God's Word in God's temple (v. 46). At the age of 30 when He was baptized, God's attention increased in Him and He was acknowledged as His beloved Son (Luke 3:21- 22). This acknowledgement was repeated when He was on the mountain (Luke 9:35, 28-36).

Jesus was not arrogant when He said He was humble and He promised peace and relief if we learn humility from Him (Matthew 11:28-29). Even as an exemplary Teacher, He did not hesitate to wash the feet of His disciples and wipe them with the cloth that was tied around His waist (John 13:5, 12- 17).

Indeed, the whole Bible shows the humility of God, the Creator, even He sent His only begotten Son, Jesus, to come to the world that was corrupted by men to atone for their sins. God who is the Word (John 1:1) had become Man (Jesus) and was willing to humble Himself until He died on the cross (Phillippians 2:7-8).

We don't need to be discouraged or force ourselves to be humble because the Bible teaches us how to be humble, namely:

Because John did not understand the meaning of the cross, he rebuked those who cast out demons in the Name of Jesus. What was his Master's reaction?

Since ancient times competitions have existed, the evidence is that John the Baptist's disciples reported to their teacher that many people were baptized by Jesus (John 3:25-26).

Truly the Word of God is alive and its purpose is not to discredit someone but to help get rid of a wrong purpose.

Introspection: Do we hate to see groups that do not belong to our organization or synod perform miracles in the Name of Jesus? Also what message is conveyed, is it the gospel of the Crucified Christ or the gospel of prosperity? Are we still struggling with blocks of division when the Name of Jesus must be spread throughout the earth?

We should be grateful to be directed by God's Word to follow Him properly so that there will be no quarrels with other followers of God due to lack of understanding why Jesus came to earth, not having a humble nature and feeling that our church is more righteous and pure than other churches. May the Holy Spirit help us all so that one day we will gather together with Jesus, the Heavenly Bridegroom, in the new Jerusalem forever. Amen.