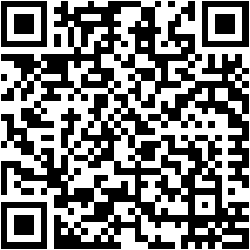 Indonesia is known as an archipelago because it consists of thousands of islands that spread from Sumatra to Papua. And because of the huge waters covering its territory, Indonesia is also called a maritime country. To guard the country’s integrity, Indonesia must have strong armed forces including army, navy and air force. At its Navy base located in Surabaya, there is a Jalesveva Jayamahe Monument. The monument’s name is taken from the Indonesian Navy’s motto in Sanskrit Jalesveva Jayamahe which means Our Glory is at the Seas. Our Jesus whom we praise and worship is way more powerful for He is glorified not only at the seas, but also in the air, on earth, over universe and even Satan.

The first of five founding principles of Indonesia says “Belief in the Almighty God”. It’s not merely a motto because God is the Creator of heaven and earth who revealed Himself in His begotten Son, Jesus Christ, whose power never changes. Therefore, we should fear nothing but in everything trust and depend on Him. Haven’t we experienced His power time and again? Let’s continue believing that we will always experience His power.

In the story in the Gospel of Luke 8:22-39, what power did Jesus want to demonstrate?

“One day Jesus said to His disciples, “Let us go over to the other side of the lake.” So they go into a boat and set out. As they sailed, he fell asleep. A squall came down on the lake so that the boat was being swamped, and they were in great danger” (vv. 22-23).

What causes the storm? The difference of air pressure on the land and on water forms a whirlpool in the weather system. Storm comes suddenly. Until now it’s hard to exactly detect the coming of the storm because of the weather’s complexity. So storm is considered part of the natural disaster.

The verses above tell us that it was not the disciples’ idea to go over to the other side of the lake but Jesus’; thus, He surely guaranteed their safety.

Before we do something, we should pray and surrender all our plan and intention to Him. Don’t rely on our success, expericience, intuition, or any influential person (cf. James 4:12-16). We should take note that before us there are many obstacles, but through prayer and by understanding the will of God we can achieve our goal no matter what the risks and consequences are. Even though we are inundated with problems, just believe that He never forsakes us.

Application: It’s true that the on-site worship service is risky in this pandemic season; hence, entrust yourself to God. While so doing, however, don’t be reckless and stubborn, but obey the health protocol (James 4:17). Be alert, disobeying the health protocol is sin, and sin can draw us into the storm of temptations. Some of us may have watched a recently viral video showing a servant of God praying for many sick people using the proper health protocol. He used his mask properly and changed it regularly. And He also took a rest whenever feeling tired.

“The boat was being swamped and they were in great danger.” Danger (disaster, crime, disease, financial problem, etc.) can threat us anytime. Believe in Jesus who is the Word becoming man and God Himself. As a man, He humanly fell asleep, but in His divinity He remained watchful. Now He is seated on the right side of the Father. And we have commemorated His death, resurrection, and ascension to heaven every year. So, we don’t need to doubt the power of His help when disaster suddenly comes in our way. What He wants us to do is only believe in Him who is powerful to control all disasters.

“… He got up and rebuked the wind and the raging waters; the storm subsided, and all was calm” (v. 24). It proves that He is powerful to control the disaster.

Jesus – the Word – is God Himself (John 1:1) who never slumbers or sleeps (Psalm 121:1-8). In the Old Testament, the Spirit of God didn’t dwell in men permanently but existed every where (Psalm 139:7). God’s Spirit came over and took control of a man who submitted to be used by Him. In the New Testament’s age, the Holy Spirit descended on Pentecost day and dwelled in the believers, including us, permanently. That’s why, pray in Spirit and faith because Jesus always prays for us and knows our mind and heart.

Then Jesus asked the disciples, “Where is your faith?” (v.25) The word “faith” is in singular form, but the question was addressed to the disciples—“your” in plural. It suggests that Jesus wants us to have faith individually but live in fellowship with all believers.

Apllication: Faith and obedience must work together as well as obeying goverment’s regulations, business contract, social etiquette, marriage and family commitment, guidance to a healthy diet, etc. When a marriage or a family is in trouble, the family members have to unite in prayer, crying out to Jesus. Let’s sow the seed of God’s Word on good soil which is our heart (Luke 8:4-21) instead of the seed of harrowing news that can stimulate the storm of worry or anxiety. Put the light of His word over our struggle by being quick to listen and do His word, hence He will handle all our problems.

“When he saw Jesus, he cried out and fell at his feet, shouting at the top of his voice, “What do you want with me, Jesus, Son of the Most High God? I beg you, don’t torture me!”... Jesus asked him, “What is your name?” “Legion,” he replied, because many demons had gone into him. And they begged Jesus repeatedly not to order them to go into the Abyss” (vv. 28-31).

Satan himself admitted that Jesus was the Son of the Most High God. The word ‘most high’ means the highest among all including Satan whom many people consider so powerful that they fear him.

In fact, Legion are afraid of Jesus. They even begged Him not to order them to go into the Abyss. It’s a proof that Jesus takes control not only of the universe, but also Satan.

Be cautious, there is a rumor saying that Covid-19 virus and the vaccine are made by man and controlled by antichrist. If it is true, whose power is mightier anyway? Absolutely the power of Jesus, Son of the Most High God. Those who have ill intention to create the rumors and take advantage of this devastating crisis are destined to be cast into the Abyss, unless they turn to believe in Jesus and repent.

Nevertheless, if God allows His beloved believers to die from the antichrist’s sword, He will assuredly take them into His place far across the Abyss. They will enter eternal salvation for their names have been written in the Book of Life of the Lamb (Revelation 13:5-8). Whatever happens in our life, we will surely be victorious. So, we have no reason to be anxious.

Jesus fulfilled Satan’s request to let them go into a large herd of pigs that was feeding on the hillside. The herd rushed down the steep bank into the lake and was drowned (vv. 32-33). Indeed, Jesus was powerful to control the Legion and they could go wherever they wanted only under His permission.

Consolation: All things that happen to the believers are under Jesus’ control. Some may be healed miraculously or medically. But some may not receive healing because He wants them to experience His power over their weaknesses by calling them home to live happily with Him, leaving behind this corrupt world.

Whatever happens, God wants to use us. What for?

“Then all the people of the region of the Gerasenes asked Jesus to leave them because they were overcome with fear” (v.37). They didn’t value Jesus’ presence with them, indicating they didn’t value the salvation of men from Satan nor did they value the place Jesus had prepared for them across the Abyss.

The man that had been healed from demonic possession begged to go with Jesus but He sent him to go home and tell how much God had done for him (v.39).

We know that Jesus was born in Bethlehem (the region of Judea) but He grew up in Nazareth (Galilee). It was Jesus’ and the disciples’ first time going through the storm from west to east where the majority of non-Jews lived.

Lesson: Don’t let problem, disaster, pandemic, etc., and its aftermath overcome us with dread then we forget our salvation by ignoring Jesus’ presence and even shying away from Him. Otherwise, always start everything with prayer, believing that the Lord is with us to face our problem however hard it is. Besides, consistently read the Bible and have a fellowship with other children of God to strengthen each other’s faith. After winning out over all kinds of problems, He wants us to testify about His power especially how He has released us from Satan’s grip. Remember that He has prepared us a place across the Abyss – a place filled with happiness.

Since the day of Pentecost (Acts 2) the Gospel has been breaking through the storms of challenges on the land, on waters and in the air, heading to East to arrive in Indonesia. On June 19, 1923 the organization of Pentecostal churces in Indonesia was established by two missionaries from Holland. However, four months prior to the establishment, the Holy Spirit was poured out upon an Indonesian girl who worked for Rev. Van Gessel as a maid. At the time an article in a spiritual magazine wrote, “... in God’s presence all men are the same … skin and race differences are all gone… the first flames came over Indonesia during the Dutch colonialism … the new age has come … also to this archipelago.”

We should feel blessed because God is always with us in facing any kinds of life’s storm in our marriage, household, work or business, health, economy, etc. And He is even powerful over the universe and Satan. After we experience the magnitude of His power, He wants to use us as His witness so that many people will repent and their lives’ direction will be moved from the Abyss to the happy place with Jesus, our Savior. Let’s pray that our testimony will spread everywhere, and even to all Indonesian islands. This way, the name of our Lord Jesus Christ will be more glorified all over Indonesia. Amen.